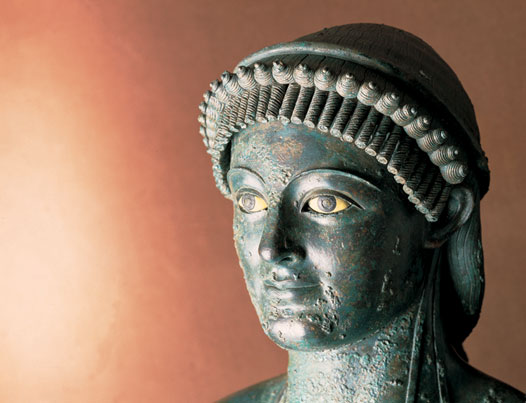 Detail, bronze statue of Apollo, Pompeii This piece was taken from the house of Julius Polybius, a man of Greek descent who, according to nearby election exhortations, was running for public office during the time of the eruption. This brilliant bronze statue of Apollo has been converted to a lamp stand and was found locked up in the villa along with other objects of upper-middle class economic status. SAP 22924, First century AD Imágenes: © Ministero per i Beni e le Attivitá Culturali - Soprintendenza archeologica di Pompeii